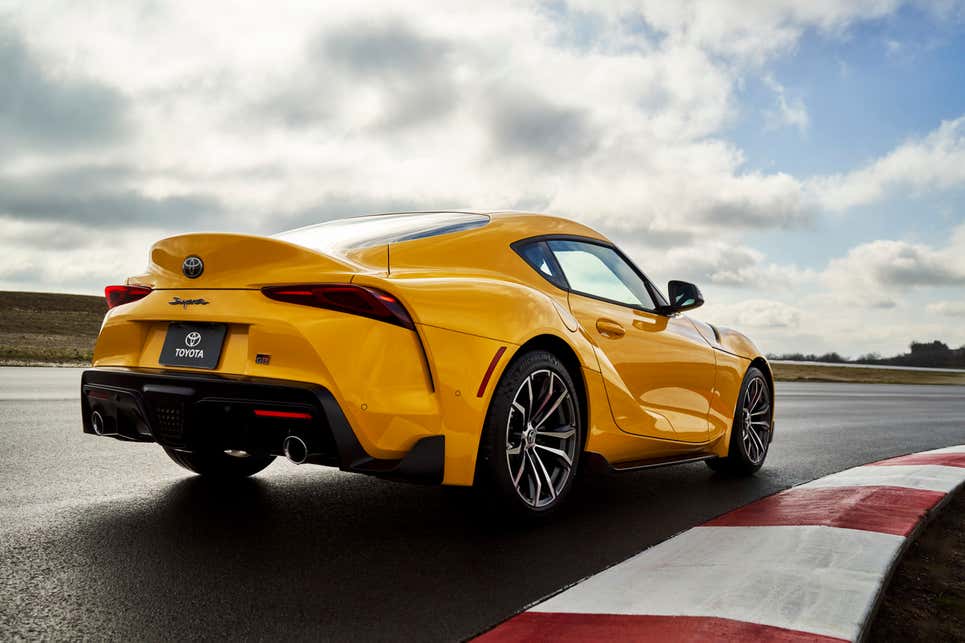 I’m pretty sure the car community got bored with the whole debate over the new Toyota Supra not being a real Supra or a real Toyota a while ago. But since I was busy doing other things at the time such as attending meetings and filling out spreadsheets, I wasn’t really able to participate. That changed last night when I picked up the keys to a bright yellow Supra press car.

And after driving the Supra a whole 30 miles, let me tell you. Boy, do I sure have some opinions. You better buckle up, because some sizzling hot takes are incoming! Just kidding. I’m about to complain about how the Supra smells.

As far as driving impressions go, my main takeaway so far is that I don’t actually have any strong opinions yet. You either love or hate the styling. The yellow is very bright. I accidentally drove way over the speed limit on the way home from the airport.

That’s some real groundbreaking stuff, I know. But earlier today, one thing did hit me: The Supra doesn’t smell like a Toyota.

Can I describe those smells like a sommelier picking out tasting notes in a glass of fine wine? No, I cannot. I fractured my skull at 16, lost my sense of taste and smell, slowly relearned both over the years and am honestly just lucky I’m alive and semi-functional. When I used to work at restaurants that served wine, I literally just made up the tasting notes. No one ever called me on it.

Is this a big deal? Does it matter? I don’t think so. The fact that I haven’t seen any other reviewers mention this particular issue is probably a sign that it’s too minor for even professional complainers to notice. But that’s why you come to Jalopnik. You want to read the takes none of those other outlets are brave enough to publish.

Also, it’s not like sales are anywhere near as terrible as the Supra haters would have you think. So far this year, the Supra has outsold both the BMW Z4 and the Porsche 718. Other coupes such as the Lexus RC and Infiniti Q60 haven’t even come close. So even though Supras aren’t flying off the lot at the same rate as the Ford Mustang, it’s still far from a sales flop.

But does it smell like a Toyota? No, it does not. If that’s important to you, at least you now know. 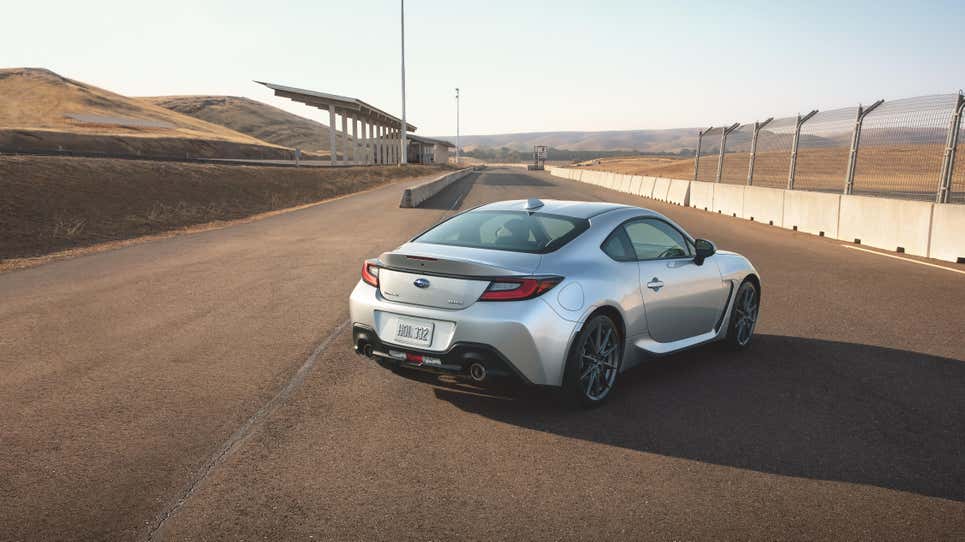 If you ask armchair enthusiasts what the worst thing is about the first-generation BRZ/86, most of them will tell you it’s horsepower — either the peak number of 205, or the infamous torque dip. But BRZ and 86 owners, who regularly take their cars to the track, will tell you something completely different: These cars can’t handle prolonged track use, because oil issues will kill the engine after enough time spent at high RPMs.

The BRZ/86 chassis is designed to be track-ready, crafted and honed by the mind of Tada-san for balance and poise. The FA20 engine, however, wasn’t quite so meticulously built. First there was the valve spring recall, then came reports of oil pressure drops that led to failed bearings at high RPMs.

The FA20 engine is shared between multiple vehicles, but it spins fastest in the naturally aspirated BRZ/86 chassis — and it seems the oil system just can’t keep up. Owners have experimented with different oil weights, oil coolers, or throwing out the FA20 all together just to fix the issue. Now, for the second-generation car, Subaru seems to have implemented a fix.

See that? Right under the oil filter? That’s a factory oil cooler, now standard on the upcoming BRZ. I spotted it while limping through the floor at the Los Angeles Auto Show, and immediately stopped to ask questions. Representatives from Subaru at the event confirmed that it’s an oil-to-water cooler, using coolant passages in the FA-series block. This is an incredibly popular modification for owners of the first-generation car, who use parts cobbled together from the Forester XT and their local hardware store to build a similar setup, but seeing it implemented from the factory shows that Subaru is actually listening to their buyers.

Oil-to-water coolers are a bit of a middle ground for cooling. They aren’t as effective as hanging a radiator off your front bumper, but they have the added benefit of helping the car’s oil reach operating temperature more quickly on cold days. When temperatures get too high, the coolant flow will help bring them back down more slowly than a dedicated oil-to-air cooler, but faster than a closed system would. It’s imperfect, but it’s better than nothing.

What remains to be seen is how well this system will actually work for owners. Dedicated track cars may still want a dedicated oil-to-air cooler, but people just looking to take their daily driver BRZ to a track day or two may not need to worry about running out of oil pressure before they can make it home. For a vehicle meant to be a 101-level course in car control, it seems like a good middle ground — but I’ll keep my eyes on the forums for confirmation. 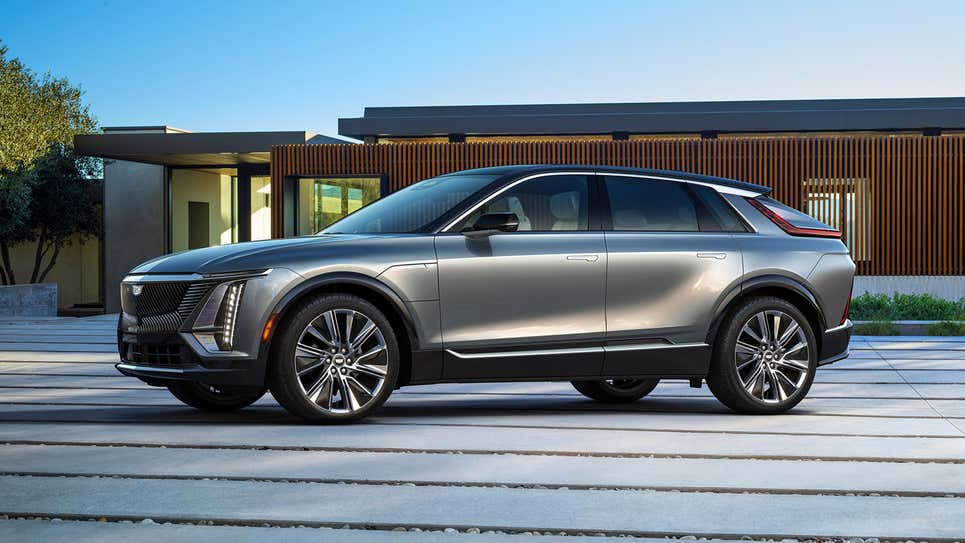 Cadillac Is Trying Too Hard

Cadillac has fully immersed itself in the EV reinvention game. Obviously it’s far from the only brand doing that, but you kind of have to respect General Motors for the strength of the commitment. The company told its entire Cadillac dealer network to get with the times or get out, and it’s clearly attempting to form a new identity around the Lyriq and Celestiq.

Those won’t be the only models to receive the “-iq” suffix, as we learned some time ago. But the full names of the remaining vehicles that will build out Cadillac’s range have been unknown. Until now.

Three names — Vistiq, Lumistiq and Escalade IQL — were leaked by CarBuzz citing “trademark filings with several trademark offices, including the UK and Austria” on Thursday. CarBuzz doesn’t link to these listings in its article, though Vistiq does indeed show up on the U.K. Intellectual Property Office website, as does Lumistiq in the database of the Austrian Patent Office. It would seem these are legit, then — though that’s not to say Cadillac couldn’t still change its mind and go with something else.

Then again, why would it? It’s not like those names are any more contrived than Lyriq and Celestiq, though they are further removed from the English language. Yes, I know all names are bullshit and there’s no such thing as a “Veloster” (though there is such a thing as a “Miata,” it turns out). But the harder Cadillac leans into this, the more I wish the alphanumerics stuck around.