The Nissan Titan Is On The Chopping Block: Report 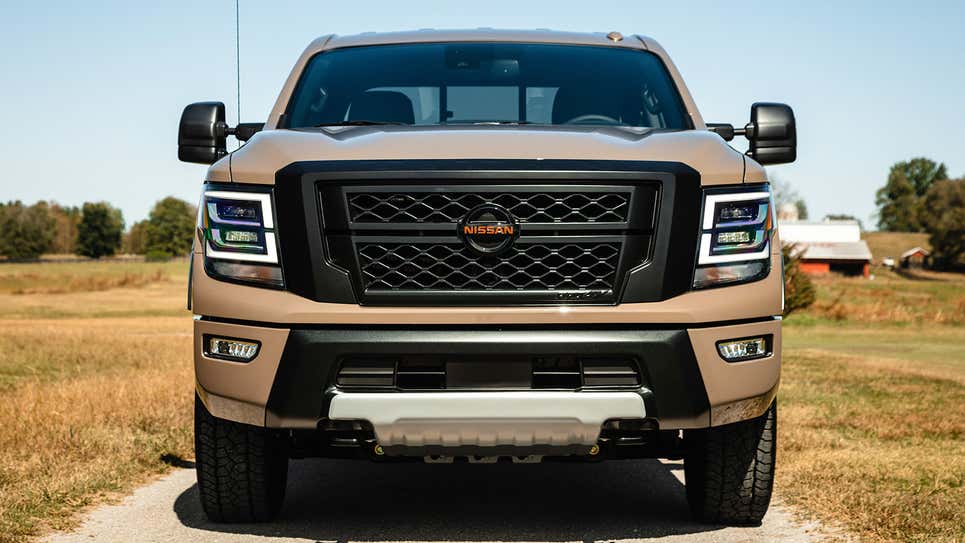 The 2022 Nissan Frontier looks pretty dang good. Pickups, big and small, have never been more popular in a mainstream sense, and so the timing was certainly right for Nissan to revitalize its midsize hauler — a model that dates back 17 years if you can believe it.

If you were hoping for the top-dog Titan to receive similar treatment, I’m afraid I have bad news for you. Well, not me but rather AutoForecast Solutions by way of Autoline Daily. It reports that the Titan will soon end production without a replacement waiting in the wings.

Be honest, though. If you’re aware of the Titan’s existence, you probably saw this coming. Over the past decade, the Titan’s biggest sales years came in 2017 and 2018, when Nissan shifted 52,924 and 50,459 trucks in the U.S., respectively. That was shortly after the Titan was redesigned comprehensively for the 2016 model year.

A refresh came in late 2019, but sales last year petered out at 26,441. By then, the Cummins diesel-powered XD was nixed from the range, too.

For context, Ford sells two, sometimes three times that many F-Series trucks every month — and yes, that’s still held true in our post-pandemic times. (I know “F-Series” doesn’t mean the same thing as “F-150,” but the Blue Oval doesn’t break out figures by weight class. Take it up with them.) Even Toyota has made a habit of shifting upwards of 100,000 Tundras per year, and that truck will be all new and way uglier for 2022.

Nissan would evidently rather pin its pickup hopes on the new Frontier and get behind the Ariya, which is a legitimately good-looking and promising EV for a brand that’s slowly been finding its footing after years of milquetoast products. This would probably be a smart move if it’s indeed the move Nissan plans to make. We reached out to the manufacturer for comment and will update this story with its response as soon as we have it.

How to Replace Your Car’s Brake Calipers Yourself

Is Vespa Sidecar Worth Buying?

Benefits Of Using A Car Foam Cleaner Over...

What Are The Benefits Of Q50 Spoiler?

Even My Nose Knows The New Supra Isn’t...